Looking back at the post from yesterday, there are different flavours of epigenetic inheritance. At the most heritable end of the spectrum, epigenetic variants behave pretty much like genetic variants. Because quantitative genetics is agnostic to the molecular nature of the variants, as long as they behave like an inheritance system, most high-level genetic analysis will work the same. It’s just that on the molecular level, one would have to look to epigenetic marks, not to sequence changes, for the causal variant. Even if a substantial proportion of the genetic variance is caused by epigenetic variants rather than DNA sequence variants, this would not be a revolution that changes genetics or evolution into something incommensurable with previous thought.

The most revolutionary potential lies somewhere in the middle of the scale, in parental effects with really high fidelity of transmission that are potentially responsive to the environment, but in principle these things can still be dealt with by the same theoretical tools. Most people just didn’t think they were that important. How about soft inheritance? It seems dramatic, but all examples deal with specific programmed mechanisms: soft inheritance of the sensitivity to a particular odour or of the DNA methylation and expression state of a particular locus. No-one has yet suggested a generalised Lamarckian mechanism; that is still out of the question. DNA mutations are still unable to pass from somatic cells to gametes. Whatever tricks transgenerational mechanisms use to skip over the soma–germline distinction, they must be pretty exceptional. Discoveries of widespread soft inheritance in nature would be surprising, a cause for rethinking certain things and great fun. But conceptually, it is parental effects writ large. We can understand that. We have the technology. 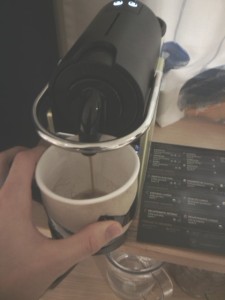 Let us think aloud about the different possible meanings of epigenetic inheritance. I don’t want to contribute to unnecessary proliferation of terminology — people have already coined molar/molecular epigenetics (Crews 2009), intergenerational/transgenerational effects (Heard & Martienssen 2014), and probably several more dichotomies. But I thought it could be instructive to try to think about epigenetic inheritance in terms of the contribution it could make to variance components of a quantitative genetic model. After all, quantitative genetics is mostly agnostic about the molecular nature of the heritable variation.

At one end of the spectrum we find molecular epigenetic marks such as DNA methylation, as they feature in the normal development of the organism. Regardless of how faithfully they are transmitted through mitosis, or even if they pass through meiosis, they only contribute to individual variation if they are perturbed in different ways between individuals. If they do vary between individuals, though, in a fashion that is not passed on to the offspring, they will end up in the environmental variance component.

What about transmissible variation? There are multiple non-genetic ways for information to be passed a single generation: maternal or paternal effects need not be epigenetic in the molecular sense. They could be, like genomic imprinting, but they could also be caused by some biomolecule in the sperm, something that passes the blood–placenta barrier or something deposited by the mother into the egg. Transgenerational effects of this kind make related individuals more similar, they will affect the genetic variance component unless they are controlled. And in the best possible world of experimental design, parental effects can be controlled and modelled, and we can in principle separate out the maternal, paternal and genetic component. Think of effects like in Weaver & al (2004) that are perpetuated by maternal behaviour. If the behavioural transmission is strong enough they might form a pretty stable heritable effect that would appear in the genetic variance component if it’s not broken up by cross-fostering.

However, if the variation behaves like germ-line variation it will be irreversible by cross-fostering, inseparable from the genetic variance component, and it will have the potential to form a genuine parallel inheritance system. The question is: how stable will it be? Animals seem to be very good at resetting the epigenetic germline each generation. The most provocative suggestion is probably some type of variation that is both faithfully transmitted and sometimes responsive to the environment. Responsiveness means less fidelity of transmission, though, and it seems (Slatkin 2009) like epigenetic variants need to be stable for many generations to make any lasting impact on heritability. Then, at the heritable end of the spectrum, we find epigenetic variants that arise from some type of random mutation event and are transmitted faithfully through the germline. If they exist, they will behave just like any genetic variants and even have a genomic locus.