We have a new preprint posted, showing that recombination rate in the pig is lowly heritable and associated with alleles at RNF212.

We developed a new method to estimate recombinations in 150,000 pigs, and used that to estimate heritability and perform genome-wide association studies in 23,000.

Here is the preprint:

Here is the abstract:

Conclusion Our results from the pig agree with the picture of recombination rate variation in vertebrates, with low but nonzero heritability, and a major locus that is homologous to one detected in several other species. This work also highlights the utility of using large-scale livestock data to understand biological processes. 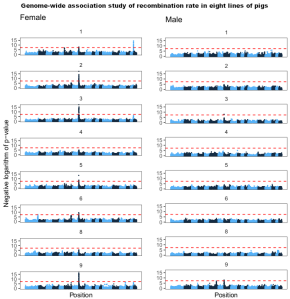 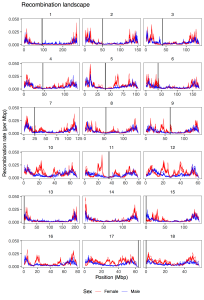